Given that the burden of Alzheimer’s disease and related dementias (ADRD) in the U.S. is expected to double by 2060, many scientists are trying to find ways to reverse the key signs of Alzheimer’s in the brain. Researchers at MIT are exploring how a noninvasive treatment that induces brain waves known as gamma oscillations might help.

At MIT’s Picower Institute for Learning and Memory, mice exposed to 40 hertz flashes of light had dramatically reduced amounts of amyloid plaques and tau tangles. 11 Dr. Li-Huei Tsai, the Institute’s director, explained: “The light flicker stimulation triggers a tremendous microglia response. These are the brain’s immune cells that clear cell debris and toxic waste including amyloid. They’re impaired in Alzheimer’s disease, but [the light] seems to restore their abilities.”

To get these effects to penetrate deeper into the brain, Dr. Tsai added a clicking sound that also had a 40-hertz frequency. After one hour of the combined light-sound treatment each day for seven days, the amyloid plaques and tau tangles in the mice’s brains began to decrease—not just in the audio and visual cortices, but in the prefrontal cortex and the hippocampus as well. The mice who received this therapy performed better on cognitive tests than those that did not.

Dr. Tsai is now conducting experiments with healthy human participants. So far, light and sound seem to increase gamma waves without negative side effects. She cautions that it will be at least five years before scientists will know whether there is a long-term therapeutic effect for humans.

[1] Tau tangles are dysfunctional knots of a protein called tau that can lead to the cell’s death. Amyloid beta plaques are sticky heaps of protein that block the flow of communication between neurons.

BrainFutures partnered with Baltimore Brain Connect, a project of the Kavli Neuroscience Discovery Institute, to celebrate Brain Awareness Week at ... 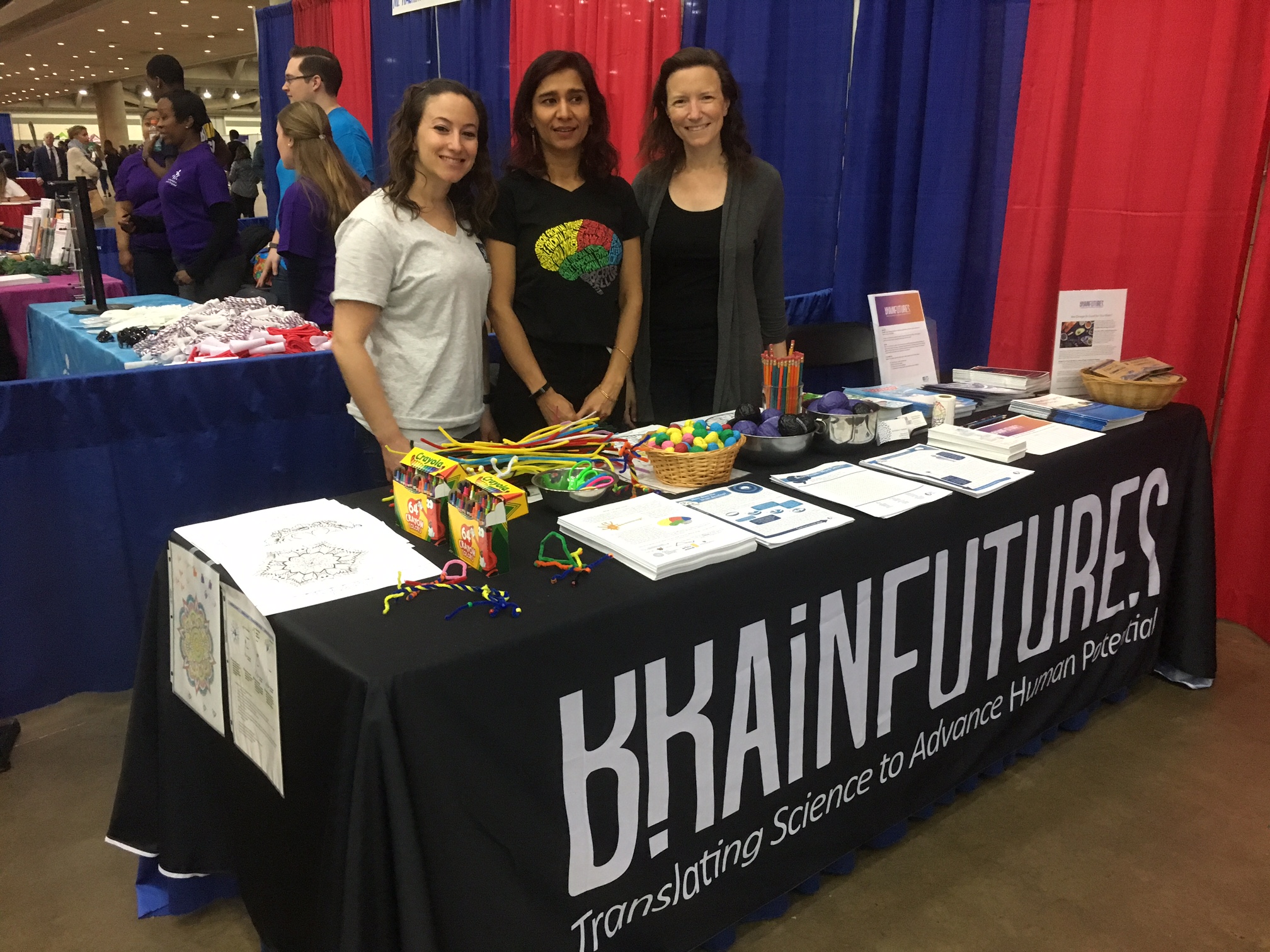