Eating nuts may offer you many health benefits. However, there are only a few that researchers deem to be a must-have for brain health. A newly published study says that walnuts, hazelnuts and almonds could be a preventive agent against cognitive decline and neurodegenerative diseases such as Alzheimer’s.

If you don’t have an allergy to nuts, including them into your diet may provide you with some brain boosting benefits. Here are some additional facts:

Walnuts
For researchers, walnuts are the top nut for brain health. Particularly, for this reason: They have a significantly high concentration of DHA, a type of Omega-3 fatty acid. Some researchers suggest that DHA may be the key to boosting your brain’s performance and preventing age-related cognitive decline. Researchers also suggest that walnuts and walnut oil may also keep reduce stress. A study published in the Journal of the American College of Nutrition, reports  participants who consumed walnuts and walnut oil not only reduced their LDL levels, but also showed significant drops in resting blood pressure and, most surprisingly, in their blood pressure response to stress.

Almonds & Hazelnuts
Almonds and Hazelnuts contain a high concentration of vitamin E, which is why researchers believe that regular intake could potentially reduce cognitive decline. One study reports that high plasma vitamin E levels were repeatedly associated with better cognitive performance. The study also shows that due to its antioxidant properties, the ability of vitamin E to prevent or delay cognitive decline has been tested in clinical trials in both aging population and Alzheimer’s disease (AD) patients.

Many of us think of Virtual Reality (VR) as a high-tech tool for immersive entertainment experiences or realistic video games. But VR—an interactive... 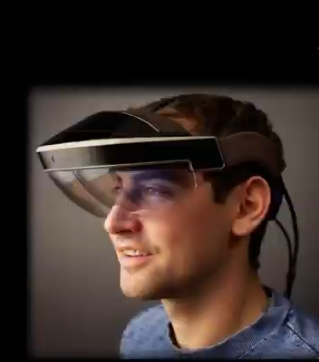