The early years of a child’s life are crucial for building the brain’s foundation for future learning, health and success. Healthy brain development depends on several factors, including: proper nutrition starting in pregnancy; limiting exposure to toxins or infections; and the child’s experiences with other people and the world around them.

In many cases, children who live in poverty are at a disadvantage when it comes to the development of cognitive skills essential for learning such as attention, self-control and memory. In a recent interview, Dr. Bruce Wexler, BrainFutures advisor and Professor Emeritus of Psychiatry at Yale University School of Medicine, notes that students who live in poverty “…come to school without having developed these cognitive skills, through no fault of their own, and are put in situations that they are not neurocognitively able to meet.” He continues: “kids raised in impoverished environments don’t get stimulation from their parents, whether it be talking from their parents, reading by their parents, educational toys…Instead, they get bad stimulation such as trauma, lead exposure, second-hand smoke, poor nutrition and sleep.”

We know that the maturation of neurocircuits can be adversely affected by Adverse Childhood Experiences (ACEs). ACEs are stressors such as child abuse or neglect, parental substance abuse, and maternal depression that can induce a toxic stress response in children and negatively impact neurological development. The more adverse experiences in childhood, the greater the likelihood of developmental delays and later health problems.

Whether or not abuse is a factor, growing up in poverty in general is one of the most common ACEs: 43% of U.S. children live at or below 200% of the federal poverty line. A meta-analysis of studies examining 8760 children between the ages of 2 and 18 gathered from 25 independent samples identified a small but statistically significant correlation between socioeconomic status (SES) and EF across all studies . Children from poorer, less-educated families tend to have thinner sub-regions of the prefrontal cortex – a part of the brain strongly associated with EF – than those from wealthier, better-educated families. Indeed, 15-20 percent of the achievement gap between high-and low-income children may be explained by differences in brain development.

Dr. Wexler further explains the science behind environmental stimulation that is helping experts to better understand how poverty can affect brain development and academic performance in children. “The environment we live in shapes our brains and we shape the environment. Billions of cells and the ways they are interconnected are the basis for our emotions, thinking, memory and attention. The connections between these cells are responsible for human functions and are created after birth by stimulation of the environment.”

Fortunately, research shows that it may be possible to reverse under-functioning brain systems in children through cognitive-based brain training such as ACTIVATE™, a computerized cognitive remediation (CCRT) program designed by Dr. Wexler. The program has the largest demonstrated benefits for children from disadvantaged backgrounds.

BrainFutures does not endorse any specific service or product. Content is for informational purposes only.

In observance of World Mental Health Day on October 10, the BrainFutures team is excited to participate in this year’s JWB Resiliency 5K & 1... 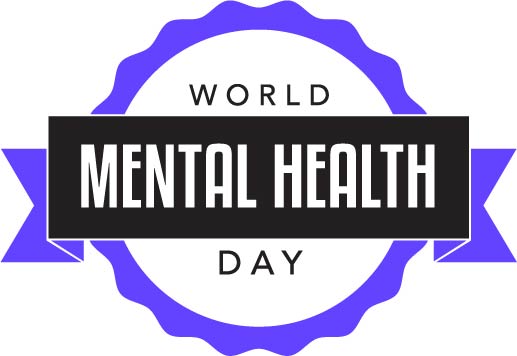