A specially designed mobile phone game called Sea Hero Quest can detect which people are at risk of developing Alzheimer’s disease much sooner than memory tests. The game, which has been downloaded and played by more than 4.3 million users worldwide, was designed to help researchers better understand dementia by seeing how the brain works in relation to spatial navigation.

People who have one copy of the APOE4 gene are around three times more likely to be affected by Alzheimer’s and develop the disease at a younger age. Researchers at the University of East Anglia studied Sea Hero Quest data taken from 27,108 UK players ages 50-75 and compared this benchmark data with a smaller lab-based group of 60 people who underwent genetic testing. They found that APOE4 carriers can be distinguished from those who do not have the gene on specific levels of the Sea Hero Quest game, whereas a standard memory and thinking test could not distinguish between those groups.

Sea Hero Quest could help enable much earlier detection of people at risk of developing Alzheimer’s disease, as the subtle spatial navigation and awareness deficits detected by the game can precede memory decline symptoms by many years.

BrainFutures does not endorse any specific service or product. Content is for informational purposes only.

Roots of Autism May Lie in Embryonic Brain Development

A new study strengthens the theory that neurological irregularities giving rise to autism spectrum disorder (ASD) develop in the cerebral cortex b... 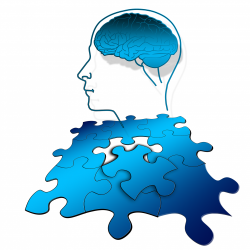