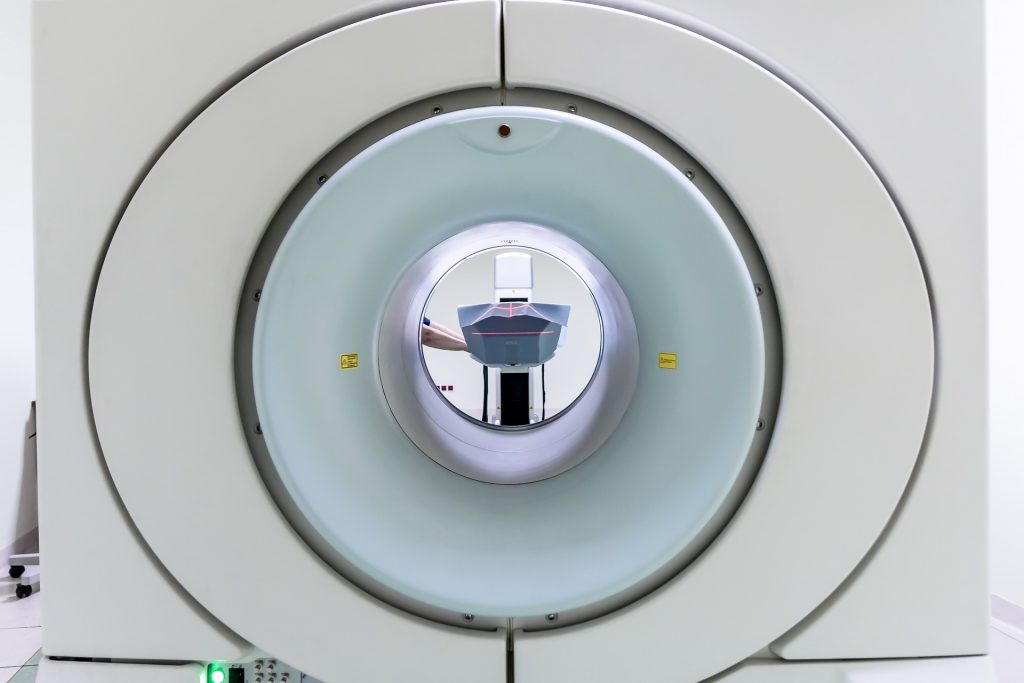 Magnetic resonance imaging (MRI) uses a strong magnetic field and radio waves to create detailed, cross-sectional images of the organs and tissues within the body. This non-invasive method helps identify anomalies of the brain and spinal cord. Hospitals routinely use MRI machines with field strengths of 1.5 Tesla or 3 Tesla (T). The stronger the magnetic field, the greater the signal-to-noise ratio, which means the body can be imaged either at greater resolution, or at the same resolution, but faster.

Dr. Kamil Ugurbil, McKnight Presidential Endowed Chair of Radiology at the University of Minnesota Medical School, and his colleagues have been leading an effort to develop the world’s first whole-body human scanner operating above 10 Tesla (10 T).  Their 10.5 T model, which is currently undergoing safety testing in conjunction with the FDA, will allow clinicians to study carbon, phosphorus and sodium levels in cell nuclei, brain energetics, treatment progression and even the biomechanics of aging. The scanners offer detail that was once seen only in thinly sliced postmortem samples imaged by powerful microscopes.

Scanners operating at 7 T or above will enable scientists to study brain anatomy, brain structure and brain activity with much higher resolution. They hold great promise for better understanding and treatment of neurological diseases:

Researchers consider the Mediterranean diet and the MIND diet (Mediterranean‐DASH diet Intervention for Neurodegeneration Delay), two of the hea...